Ascend Cannabis is a U.S. multi-state operator, with dispensaries in five states including Illinois, Michigan, Massachusetts, New Jersey, and Ohio. 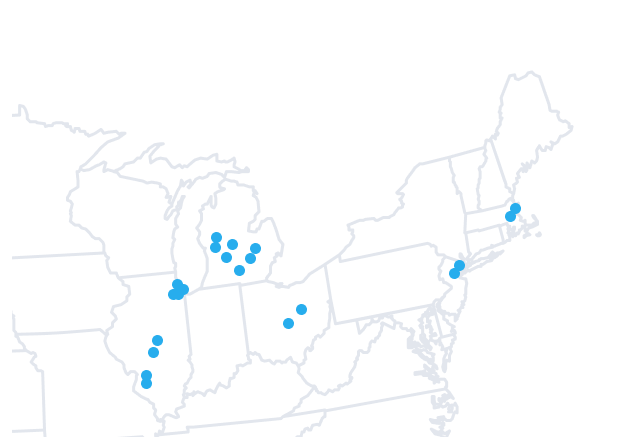 Ascend wanted to make their menu data work for them and enhance their online presence to capture valuable organic search traffic. In order to do this, Dispense implemented a new menu system using product-led SEO strategies to programmatically create thousands of optimized product pages on letsascend.com.

Ascend was previously using an embedded iFrame menu solution. Since search engines consider the content in iFrames to belong to another website, the content inside was not indexed or available to appear in Google’s search results, resulting in zero dispensary SEO benefit. This is true of many other menu options: they do not help you drive new traffic to your website. 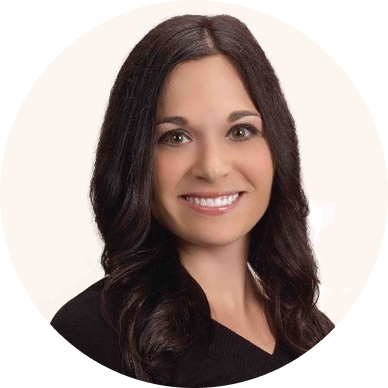 "We already had all of this data in our menu, all we had to do was switch to Dispense's SEO menu which allowed it to be searchable, so customers could find us and our products."

With iFrames, cannabis retailers get zero product based SEO value because the products do not live on their website. Dispense developed a dispensary software system to allow Google to properly crawl and index product pages. When Ascend switched to our SEO menu, their search traffic increased by 49% from the previous period (May - July vs February - April).

With Dispense's SEO menu, every product, brand, and category becomes indexable and helps you rank in search results for the most searched cannabis keywords. This increase in traffic translates to increased revenue.

"Dispense helped us to significantly increase our organic search traffic which resulted in increased revenue." 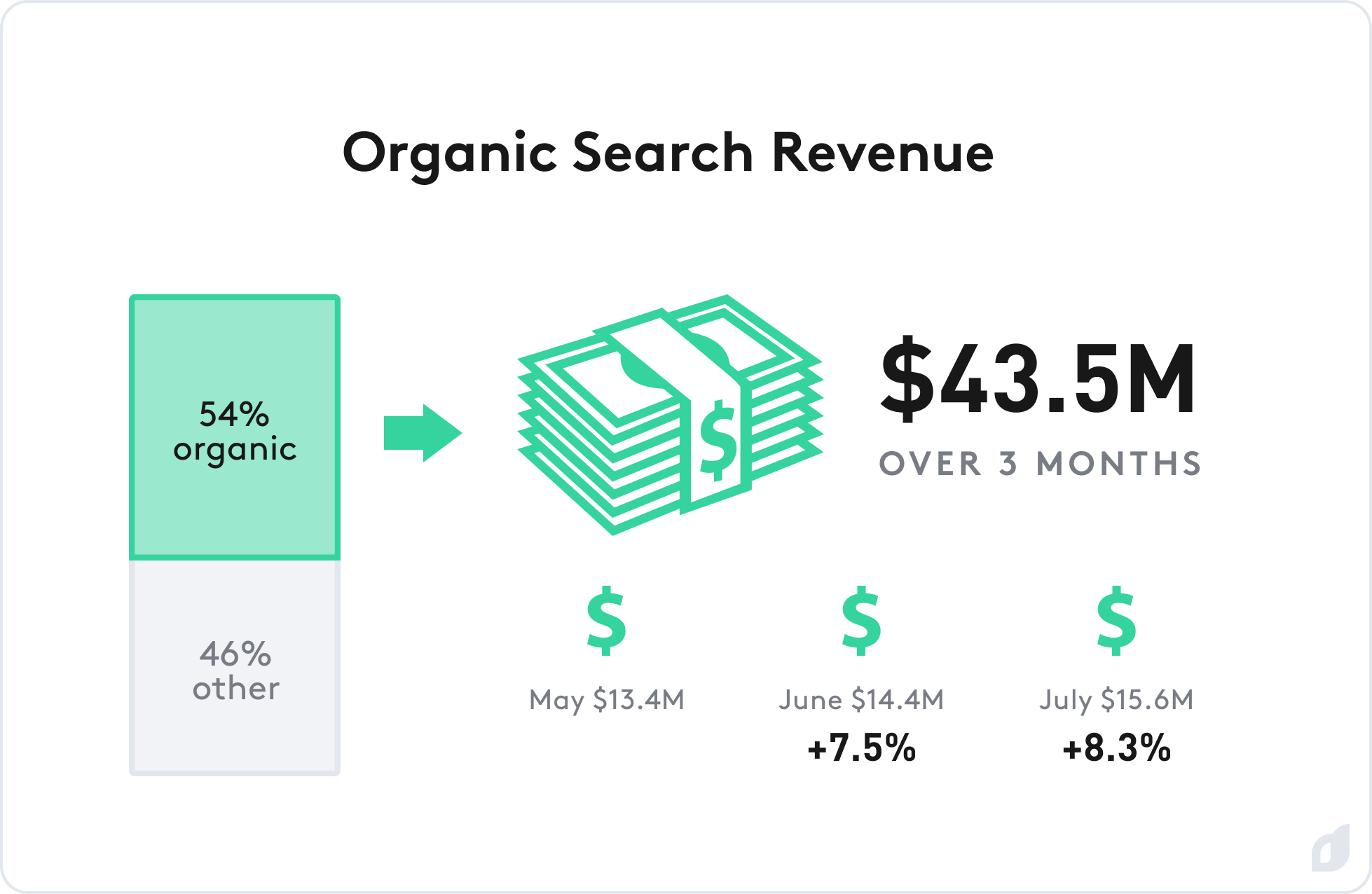 Over the 90 day case study, 54% of online revenue for letsascend.com was from organic search, that traffic amounted to $43.5m in sales.

*Values previous to May were not traceable as this was pre-SEO menu.

Increases for all stats. 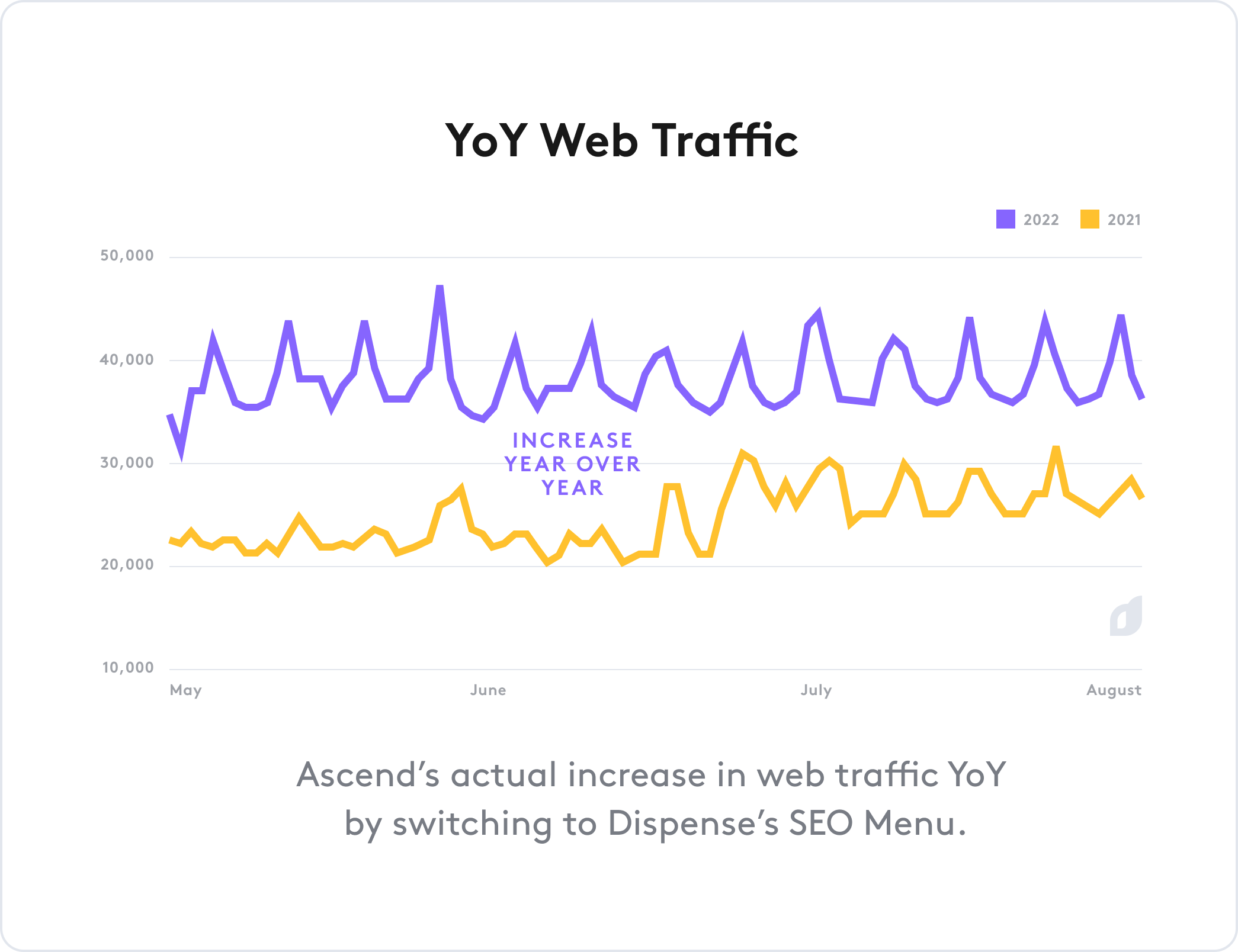 After launching the Dispense SEO menu in May, Ascend saw an immediate 3,000 clicks for all queries with "strain" in the term for the month of May. There was an additional 79% increase in June and a 32% increase in July.
‍ 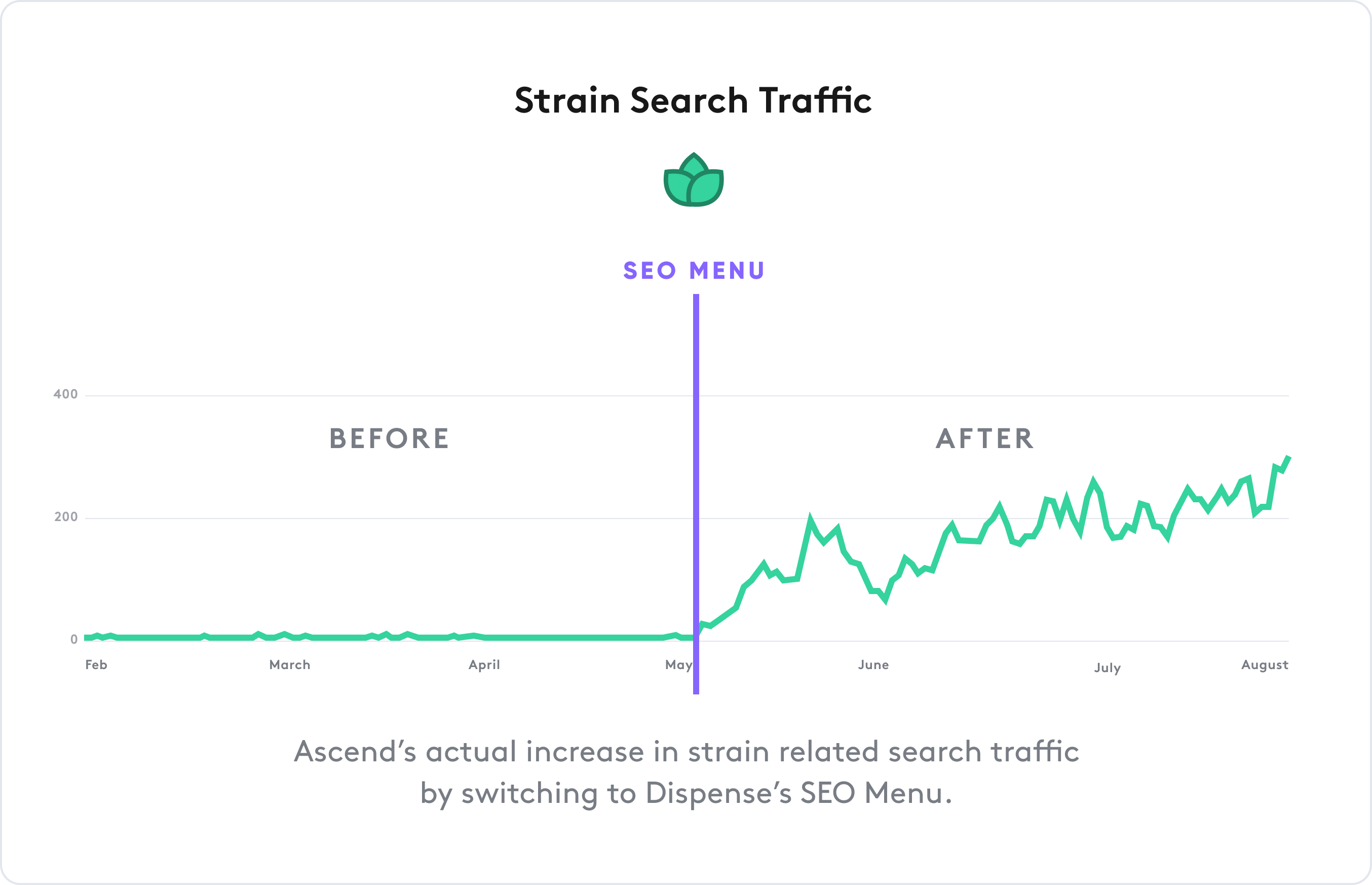 If we were to break down just the traffic from queries with "strain" vs. the cost of our menu solution for Ascend over the 3 month period, you'd get to a ROI of 626%.
‍ 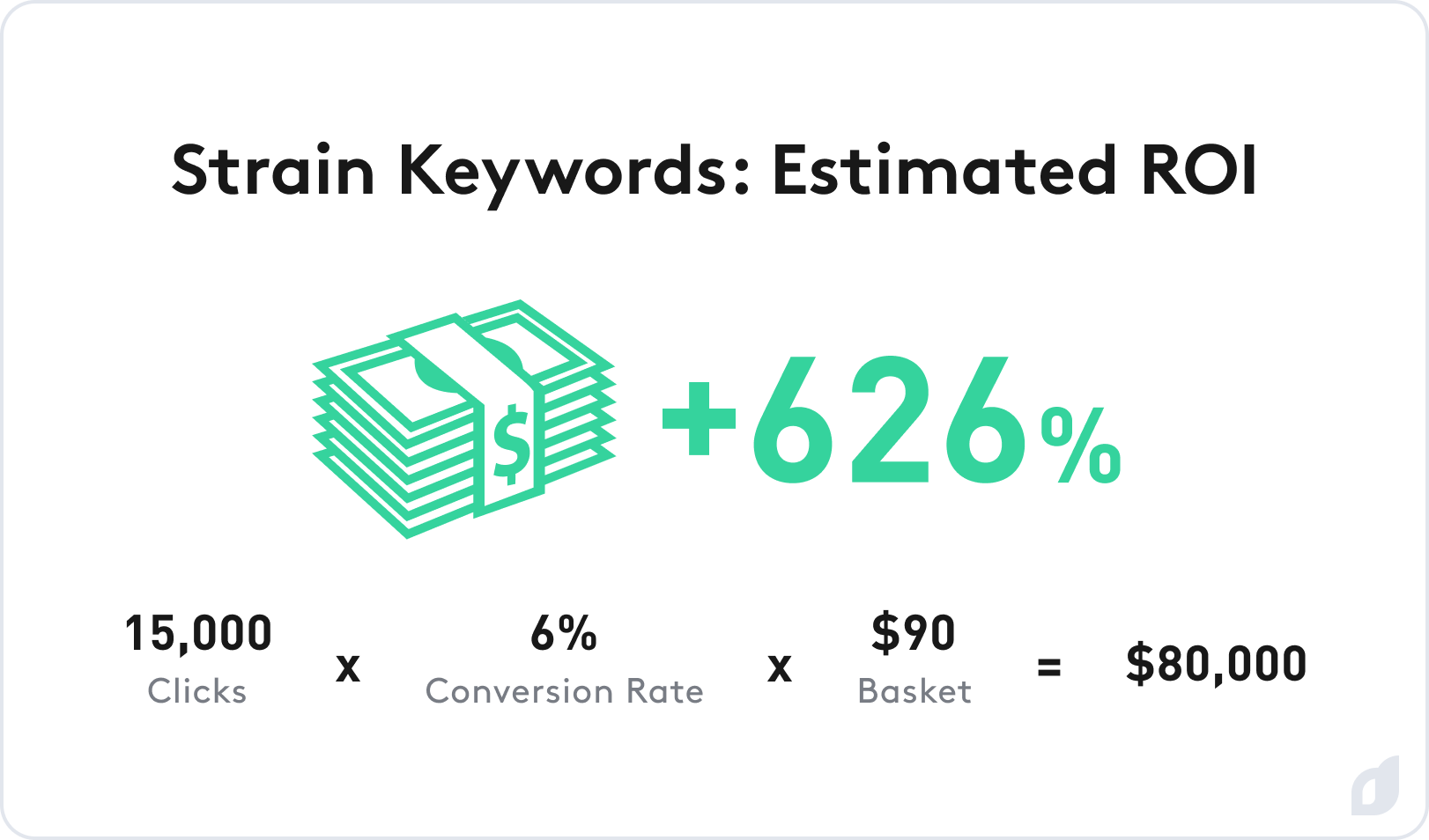 Similar to the strain names, Ascend had almost no traffic from other product related searches prior to launching the Dispense SEO menu. In May 2022 clicks for queries with "gummies" in the search term start to show up and gradually increase over time.
‍ 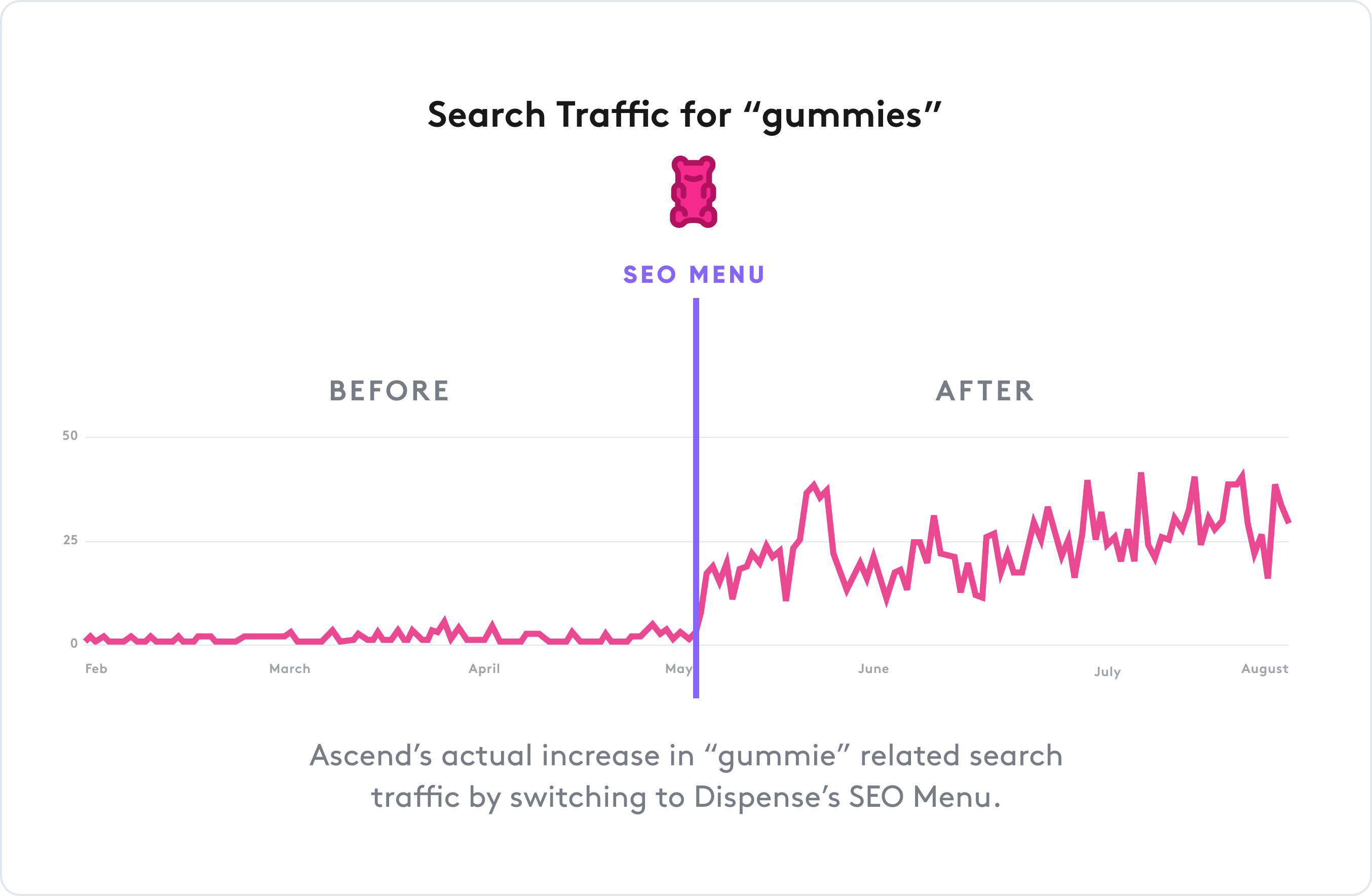 These queries are comprised of hundreds of different search terms related to gummies, including brands like 'Wana gummies' and 'Wyld gummies.' Many searches are also strain or flavor related, for example: 'apple pie gummies,' 'durban poison gummies', or 'indica gummies'.

A more encompassing way to look at ROI is via revenue attributed to organic traffic landing pages for things like strains, brands, and categories. This can be easily seen in Google Analytics due to the URL structure of Dispense' SEO menu.
‍ 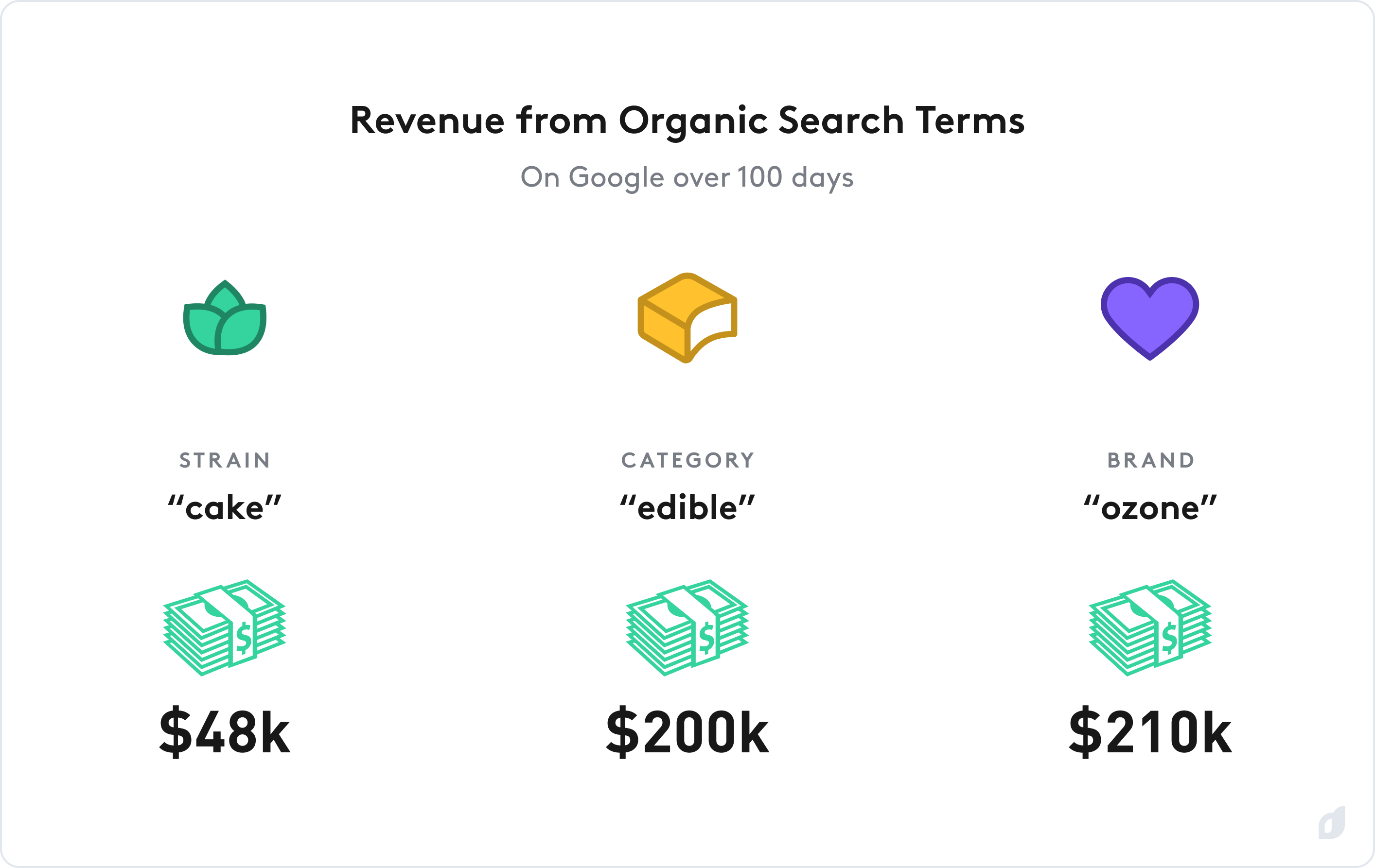 Product-led SEO can be a game changer for dispensaries and cannabis e-commerce. This was only the first 90 days and we're just getting started!

Since launching our SEO menu, we've already made several updates to the core product and will continue to monitor and improve our solutions side by side with our clients. Want to learn more? Join us and let our cannabis software work for you.